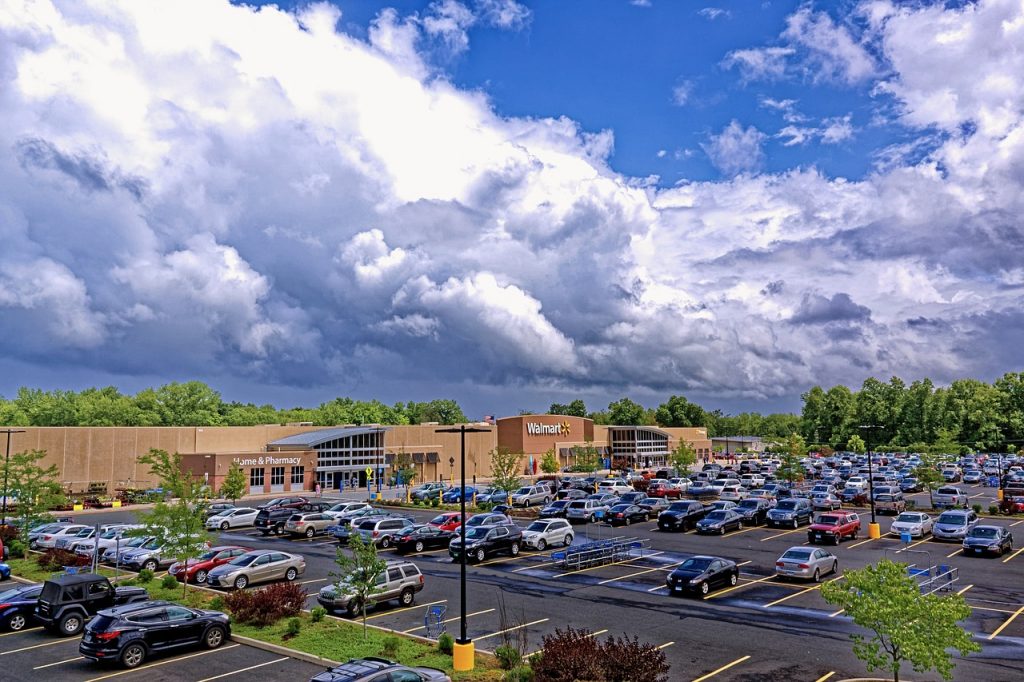 While the two companies are working towards a resolution, Walmart’s lawsuit against Tesla is still filed with the New York State Supreme Court after rooftop solar installations have led to fire at seven different stores.

Walmart reported fires at various locations in 2012, 2016, 2017, and three in 2018. The company has narrowed down the fiery culprit to rooftop solar installations installed by SolarCity, the huge solar installer that Tesla bought out in 2016. Tesla/SolarCity has installed solar systems at over 240 Walmart locations. While the latest fire was last year, Walmart is only now taking legal steps.

Walmart claims that, during inspections of the faulty systems, Tesla itself found “a total of 157 action items requiring repairs or replacement of system components, 48 of which Tesla itself characterized as reflecting conditions that rendered the sites unsafe or potentially unsafe.”

Walmart also claims in the lawsuit that Tesla operated with “widespread, systemic negligence and had failed to abide by prudent industry practices in installing, operating, and maintaining its solar systems.” It claims that Tesla failed to tighten connectors, failed to ground systems correctly, and employed safety inspectors who were poorly trained.

Of course, Tesla’s not just sitting quiet and both sides are playing the blame game. Walmart is claiming that Tesla’s installation practices itself are to blame. Walmart specifically mentions Tesla’s acquisition of SolarCity as well, saying it failed to correct SolarCity’s poorly installed systems.

Tesla, on the other hand, is laying the blame on Amphenol, a Connecticut-based manufacturer of electrical connectors that Tesla and other solar panel manufacturers use in their solar panels. Tesla says that, while failures are still very rare, the company’s connectors have still failed to meet its high standards. Amphenol, however, responded by rejecting the accusations.

Whether it was the equipment or the installation practices is anyone’s guess. Regardless of blame, as of the beginning of September, Tesla and Walmart released a joint statement stating their intention to work together to find possible solutions.

This surely comes as a sigh of relief to Tesla, as the EV maker reported that Walmart was deliberately making the process more difficult. Walmart reasonably asked Tesla to fix and pay for all issues, but it also attempted to renegotiate contracts so Tesla would be financially liable for a wider net of issues – even issues due to Walmart’s own negligence, Tesla claims. As salt on the wound, during all this kerfuffling, safety inspectors had already given Walmart approval to turn on many of the solar installations.

Lawsuit comes as Tesla attempts to turn around its solar business

Walmart’s lawsuit certainly comes at a poor time for Tesla. This year, it is suffering from a solar business it can’t seem to jumpstart, manufacturing issues with its solar equipment and electric vehicles, and a host of other issues, including a subpoena from the NHTSA around safety claims for the Model 3.

And to add to everything else, just a few days after Walmart filed its lawsuit, Amazon came forward as well, claiming a SolarCity-installed solar system had caused a fire at a California warehouse in mid-2018. As reported by Bloomberg, Amazon has taken steps to prevent more fires and says it will not install any more Tesla solar systems.

Throughout 2019, Tesla has been trying to reinvigorate its solar business. Back in March, Musk deemed 2019 the ‘year of the solar roof’ and said the company was dedicated more engineering focus to solar products. But six months on, we haven’t seen much proof of that.

When Tesla bought out SolarCity in 2016, it changed the solar company’s focus from outright growth to profitability and more sustainable growth. Over the previous decade, SolarCity had grown like wildfire thanks to its popular solar leases, which allow homeowners to install solar with no money down. In 2015, Tesla/SolarCity was the #1 residential solar installer by a wide margin. It controlled 35% of the entire residential solar market, with Vivint Solar coming in second place with just 10%.

While leases allowed SolarCity to grow like mad, they also require huge upfront investments in each and every solar installation, with a very long payback period. Tesla, seeing the huge financial hole solar leases were creating, decided to shift its focus away from leases, but it’s gone pretty poorly since then. By June 2019 – four months after Musk proclaimed 2019  the ‘year of the solar roof’ – Tesla had dropped to #3 in the residential market, installing just 7% of all residential solar, behind both Vivint’s 8% and Sunrun’s 11%.

Tesla’s tried all manner of new hijinks to jumpstart their solar arm. In May, it dropped installation costs to just $2.50/watt – far lower than any other nationwide installer – by simplifying its offerings and asking homeowners to do preliminary work, such as taking pictures of electrical panels, circuit breakers, etc. And just a few weeks ago, it announced it will start renting solar panels to homeowners via a ‘subscription service’. See a comparison of solar costs.

Even with all these setbacks, Tesla and Musk are always forward-thinking. Musk tweeted recently that the company is still planning to ramp up production of its solar tiles by the end of the year. Musk and Tesla have always had their share of rabble-rousers, but it also has a rabid fan base thanks to the company’s long-term, out-of-this-world (literally) plans. The Walmart suit certainly knocks a dent in Tesla, but the company has ridden situations like this before and come out little worse for the wear.