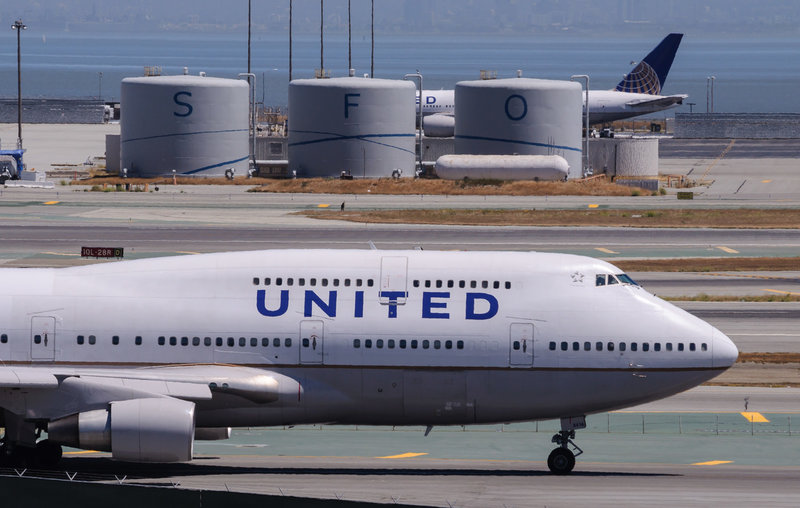 United Airlines has taken the first step towards building a biofuel-powered fleet. New biofuel blends are being tested on short-run flights in hopes that they’ll prove to be a valuable tool to cutting airline carbon emissions worldwide.

United Airlines is leading the way in the use of renewable biofuels in passenger aircraft. They are currently testing a biofuel blend in their regular short-distance flights between Los Angeles and San Francisco. If the new hybrid fuel performs to their expectations, United has plans to expand biofuel use to all of their domestic flights that leave from Los Angeles.

The biofuel blend they’re testing is sourced and produced in the United States, thanks to a 2014 deal between United Airlines and California-based Alt Air Fuels. Alt Air Fuels is a refiner of environmentally sustainable source materials, known as “feedstocks,” for production of jet and diesel fuels. Their refinery near Los Angeles will be providing United with up to 15 million gallons of refined biofuel over the next three years. That biofuel will be mixed with traditional jet fuel for a blend that’s 30% renewable biofuel and 70% traditional jet fuel.

In addition to the recent Alt Air agreement, United Airlines invested $30 million last year in Fulcrum BioEnergy, a company developing technologies for transforming municipal solid waste (regular household trash) into biofuel. That investment will help fund the construction of refineries near United Airways hub airports, and United will get a discounted rate on the aviation biofuel that Fulcrum produces.

United Airlines’ jets can’t run on 100% biofuel, because pure biofuels are incompatible with today’s jet engines. Unblended biofuels act as organic solvents and gradually dissolve flexible rubber hoses and gaskets over time. Blending biofuel with conventional petroleum-based fuels can prevent rubber erosion, which is why most companies testing biofuels for use in their vehicles are starting with low-percentage blends. If test runs of the current blends prove them to be efficient, cost-effective, and clean over the long run, it could lead to new aircraft engine designs that would accommodate higher percentages. After all, the fossil fuel supply will only last us so much longer before the transition is no longer a choice, but a necessity.

Alternative Fuels: For All Modes of Transportation

This isn’t the first time that Alt Air Fuels has signed a big US biofuel contract. They were recently in the news because of their agreement to supply the United States Navy with a special biofuel blend for their ships. The US Navy aims to reduce their carbon emissions and improve their energy security, and biofuels are part of their strategy. The Great Green Fleet, a carrier strike group, is the first wave of the US Navy’s exploration of American-made biofuels as a viable alternative to traditional diesel fuel. The blend being used by the military is slightly different: 10% of the fuel is derived from beef fat coming out of the American Midwest, and the remaining 90% is conventional diesel fuel.

Mixing renewable fuels with traditional ones isn’t new: we’ve had standards for renewable fuels in gasoline for several years, thanks to EPA regulations aimed at cleaning up emissions from the millions of cars on the roads. Renewable fuels make sense when faced with the unavoidable reality that oil is a finite and dwindling resource. Many cities have broken with diesel completely when it comes to their public transportation fleets. Biogas and biodiesel buses are slowly replacing older gas-guzzling models all over the world.

Unfortunately, airlines have been much slower to adapt to renewable fuels. Considering just how much fuel the industry uses, that’s going to have to change.

For a flightless species, humans sure enjoy flying. We fly a lot. According to statistics collected by the United States Department of Transportation, 696 million people boarded a plane in a United States airport in 2015. And that’s only counting flights that originated in US airports; flights returning to the US from other countries don’t even contribute to that staggering number.

All this flying around is convenient– some would say necessary – for business and vacation travel, but convenience comes at a cost. It takes literal tons of fuel to carry passengers back and forth.  It adds up quickly: in 2015, the major American air carriers, combined, used 16,729.6 million gallons of fuel to transport passengers on domestic flights. Air freight transport burned hundreds of millions more gallons of fuel on top of that. Clearly, air travel is stomping out a massive carbon footprint every day. 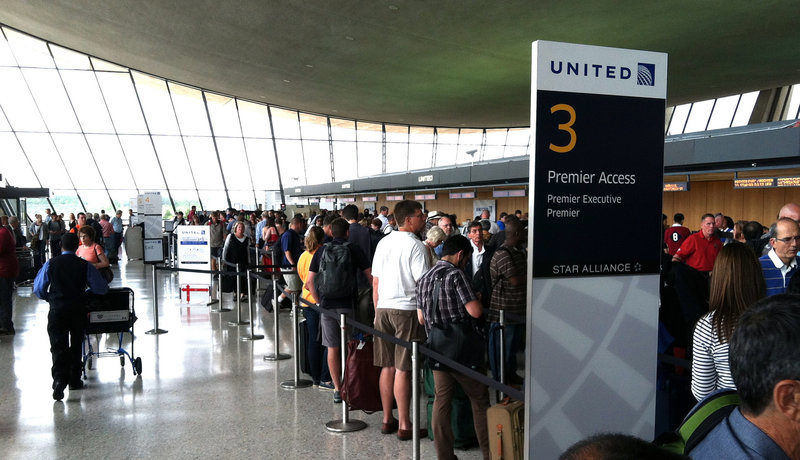 That’s why this biofuel test project from United Airlines is so vitally important, and why we’ll be watching it closely to see what happens. Even though United Airlines is only the fourth largest airline in the United States by market share, handling approximately 15% of all domestic flights, it still accounts for tens of millions of gallons of fuel annually. Any dent that can be made in that number by replacing it with biofuels is a solid win for renewable fuels.

The success of this project will be especially encouraging, because air travel has been one of the more difficult sectors to adapt to the integration of renewable and alternative fuels. While it’s relatively easy to use solar power and electricity to power smaller vehicles like cars and buses, the energy requirements of commercial jets are just too much for battery power to handle. Not to mention the extra weight associated with carrying batteries around. In an era when carryon sizes and weights are continually shrinking to cut the airline’s fuel costs, the weight allowance that would need to be dedicated to energy storage systems is financially inconceivable.

Maybe in the future, battery-powered commercial aircraft will be crisscrossing the sky on short hops between neighboring states. We’ve already seen a battery-powered flight from France to England over the English Channel, so it’s not outside of the realm of possibility to imagine electric airplanes shuttling folks between Boston and New York. But it’s more realistic to expect biofuel blends to take up the challenge when it comes to renewables in the skies.