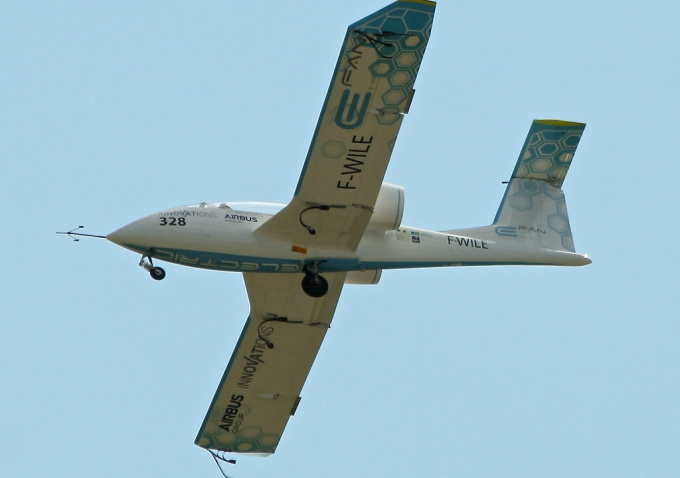 It’s inspiring to think that no matter how much we achieve as a technological species, there will always be more firsts for the record books.

Since brothers Orville and Wilbur got their Wright Flyer off the ground at Kitty Hawk in 1903, the world of aviation has enjoyed over a century of spirited competition. Go further. Get there first. Get there faster. And, especially more recently, get there more efficiently. The channel crossing is an important milestone in aviation, and the French aviators followed in the footsteps of Louis Bleriot, who was the first to achieve the feat via a powered, heavier-than-air craft in 1909. In retracing his historical path, they made history of their own.

The first pilot, Hugues Duval, flew from Calais to Dover and back again – approximately twenty miles each way – in a two-engine, one-seater Cri-cri aircraft. Because he lacked authorization to take off at Calais, he was initially towed by a traditional aircraft before making the solo crossing. The 220-pound Cri-cri was able to reach a speed of 90 miles an hour during his flight.

An Airbus E-Fan piloted by Didier Esteyne was quick to follow Duval, taking off several hours later. Esteyne took off under his own power from the English town of Lydd and crossed the Channel to land in Calais. He flew at an altitude of 3500 ft – certainly not the 30,000 feet cruising altitude of a commercial airliner, but plenty high enough to get the job done.

Airbus showed off its E-Fan to audiences at the Farnborough International Airshow in July of 2014, getting the idea of electric flight into the media spotlight. The model that made the crossing sported an updated lithium-ion battery system, to enable the longer flight time necessary for the journey. The new batteries are heavier than the original lithium-polymer cells, so Airbus lightened the craft, including swapping out the controllers that translate the batteries’ power from direct current to the alternating current needed by the two propeller motors. By necessity, the E-Fan that crossed the English channel was lighter, more efficient, and better than its predecessor. Competition drives innovation!

Electric-powered light planes have wonderful potential for use as pilot-training vehicles or for short-range regional flights. Besides the huge ecological advantage of producing zero CO2 emissions, the battery-powered planes are also very quiet. This means they could potentially fly during hours when traditional planes would be grounded due to noise restrictions.

It’s true that the current state of battery technology means that electric planes are held back by a limited flight range and weight capacity. But when you look at the leaps that have occurred between 1909’s state-of-the-art airline technology and the trans-oceanic airliners currently crisscrossing our skies, it’s hard not to imagine electric-powered planes getting bigger and faster. And better.

Photo Credit: via Flickr under a Creative Commons License