Researchers at George Washington University in Washington, DC have devised a way to pull CO2 out of air and turn the carbon into carbon nanofibers, the wonder material that now makes racing bikes and other high tech sporting goods so lightweight.

Being able to make carbon fiber out of air, using less energy, has impressed other researchers for its much more economical and climate-friendly technique.d

The way carbon nanofibers are made now uses a lot of energy to heat up concentrated carbon to 1,380° F (750° C). It involves a complex procedure using vapor deposition. The carbon is heated to turn it into gas, and then cooled to form the fibers.

But Professor Stuart Licht and graduate students Jessica Stuart and Jason Lau at George Washington University have developed an electrochemical process to simply extract CO2 from the air, heat it using solar energy instead of fossil fuels to liquify it and then apply a small electrical current to pull out the carbon nanofibers.

Because this uses so little energy, and that from solar power; a clean energy source, and simply pulls CO2 directly from the air as the feedstock; this is a real breakthrough. 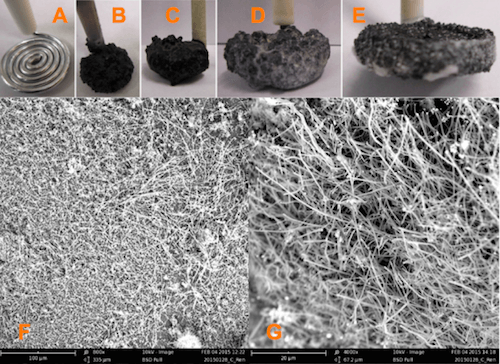 And they have a point – for now… the market for – currently very expensive – carbon nanofibers is fairly small. It is used to build lightweight racing cars, the blades for wind turbines, and to construct much more energy-efficient airplanes.

Daniel Schrag, director of Harvard University’s Center for the Environment scoffed at the idea that this market would ever be on a large enough scale to make a difference to the global climate problem of escalating amounts of CO2 in the atmosphere slowly blanketing earth with a greenhouse effect.

“If it isn’t in the billions of tons of carbon, I’m not interested from a climate perspective.” he told Inside Climate News. 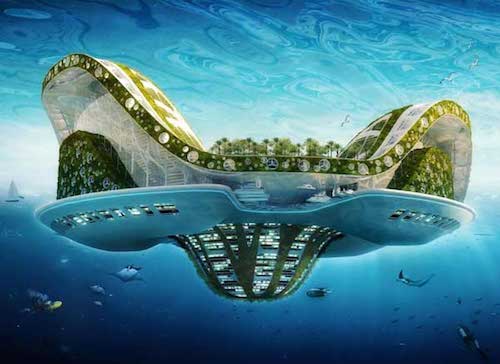 Carbon fiber is the raw material to make super-strong, super lightweight composites that are stronger and lighter than steel.

Currently, none of our bridges and skyscrapers, high-speed trains, cargo ships, mars landers, freeways, boats, cars and space ships are made from carbon fibers.

The way that carbon fibers are made now, from concentrated carbon, using fossil fuels, this would be far too expensive.

So it is a just niche market now.

But of course, we have seen how the stuff things are made of can change over time. We don’t make roofs from straw any more, or make shoes and false teeth and the calculator beads on an abacus for computing out of wood.

If there was a good reason to switch, wouldn’t it make sense to change what we make a lot of our things out of. Especially if there was suddenly a way to make them cheaper?

There is already a rather big ‘market’ reason to pull CO2 from air; having a liveable climate for the next few thousand years. So this could be a world-changing discovery; because this new technique for making the carbon nanofibers is so economical.

Credit: Carbon fiber made from air could be used to build a space elevator