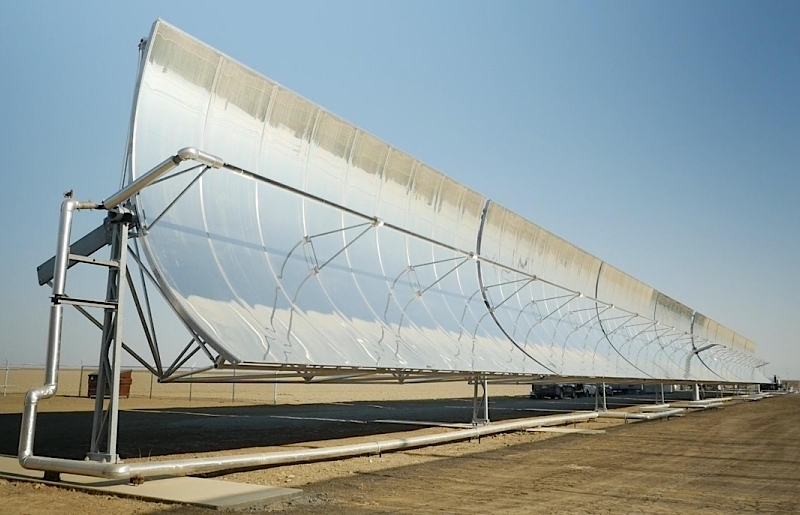 For making steam, solar thermal is already cheaper than fossil fuels. Desalination puts this cheap steam tech to great use.

An innovative solar project in California will clean agricultural water through solar distillation, using the sun’s heat to evaporate out selenium and other agricultural impurities that build up in drainage water.

“We are efficiently boiling the water and separating the steam and then condensing it,” WaterFX founder Aaron Mandell told EarthTechling.

“But the key to what we’re doing is having the energy coming from solar rather than burning fossil fuels.”

Boiling water to make steam using sunlight for the distillation process is much cheaper than traditional desalination, which takes a lot of energy. There is no power block needed, as there is in fossil-fueled electricity. The steam is simply used directly in a solar still to evaporate out the waste.

“When you remove the power block the troughs get pretty inexpensive and the type of trough we’re using doesn’t have mirrors,” he said. “They’re basically aluminium sheets that have a very thin film on them which makes them less expensive.” 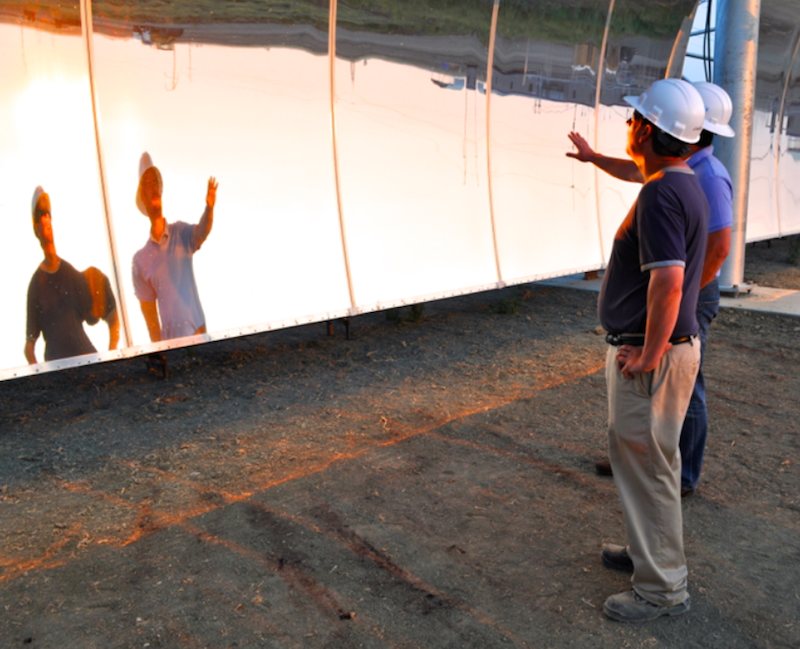 This kind of solar, using mirrors to concentrate the sun’s heat to boil water, is different from solar PV which turns photons of light into electrons to make electricity directly.

Instead of using traditional fossil-fueled desalination, WaterFX will harvest this heat by reflecting it onto a pipe carrying water heated by sunlight reflected off of super lightweight parabolic trough-shaped reflective sheets of aluminium built by SkyFuel. The direct steam this produces will run multi-effect distillation.

WaterFX has sized their first commercial solar desalination project to make 5 million gallons of water a day, enough to irrigate 2,000 acres of agricultural land each year, using a 24 megawatt field of solar collectors. But since it is a completely modular design, it could be scaled up to any size – you’d just add more solar collectors.

“Our approach is actually to build many distributed smaller scale plants rather than just large-scale plants,” he said.

Mandell chose to focus on agricultural desalination because almost 90% of California’s water is used to grow food. He is familiar with water treatment technology as the founder of Oasys Water  in Massachusetts.

The success of the pilot project convinced the Panoche Water District in California’s parched farming region to sign up to buy the water as soon as the 5 million gallon plant is completed in 2016. They will buy the solar desalinated water by the acre-foot and then sell it on to California farmers.

The concentrated sediment left over has a commercial value too. Selenium and boron are used in semi conductors, and gypsum is used to make sheetrock.

“This is going to be a much more sustainable approach to farming in water scarce regions like California,” said Mandell. “And this is a model that can be replicated around the world.”