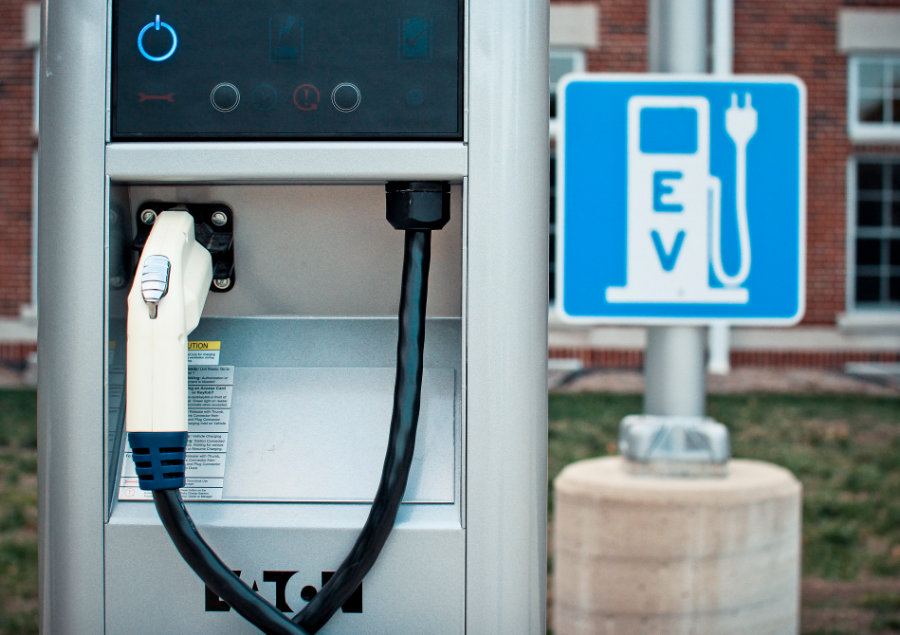 If you drive an electric vehicle in Illinois, you’re going to get a little shock when it comes time for your annual vehicle registration. Last weekend, the Illinois National Assembly approved raising annual vehicle registration fees for electric vehicles (EVs) like the Chevy Bolt, Nissan Leaf, and Teslas from a measly $17.50 to $248, in an effort to curb gas tax losses. While the hike is sure to tick some EV owners off, it’s a far cry from the $1,000 fee lawmakers originally introduced in early May.

The hike is part of a $45 billion plan for transportation infrastructure improvements, and includes hikes to the gas tax and registration fees for gas-powered vehicles as well.

Is the new fee fair?

When the original bill was introduced with the $1,000 EV fee, the industry immediately spoke out against the hike, calling it unfair towards EV drivers and disincentivizing green technology. At the time, Michael McHale, a spokesman for e-truck maker Rivian – which is building a manufacturing plant in Illinois – said:

“Imposing fees on EVs that are over 400% more than their gasoline powered counterparts is not only unfair, it discourages promising new technology that will reduce our dependence on petroleum, reduce emissions, and promote the Illinois economy.”

Once that extreme hike was squashed, the state took a more modest approach and added a $100 surcharge for registering an EV.

Across the country, states pay for road maintenance and improvement via gas taxes at the pump. Since EV drivers don’t need to buy gas, they also don’t contribute to this fund. Illinois is attempting to solve this problem by adding additional fees for EVs at registration time.

So, are these new charges fair? No one could argue that funding for road maintenance is wasted money. As the locals say, Chicago is a land with only two seasons: winter and roadwork. With intense winters, hot summers, and a huge population, road work is almost a constant in Illinois life.

Illinois of course, isn’t placing all the burden of road maintenance on electric car owners alone. On top of the EV rate hike, the state is also increasing annual registration fees for gas-powered vehicles from $50 to $148 and doubling the gas tax from $0.19 per gallon to $0.38 per gallon.

So is that $100 surcharge fair? Let’s do a little comparison. According to the US Dept of Transportation, the average Illinoisan drives about 8,200 miles a year. With a car that gets 25 miles per gallon, that’s $273 per year in gas tax at the pump. Needless to say, the EV registration fee is right around what gas-powered folk are going to pay as well.

Of course, the more efficient your gas-powered vehicle is – and the less you drive – the less you’ll pay in gas taxes. Hybrids and plug-in hybrids are exempt from the EV tax, since they still use gas-powered engines, so they’d likely cost the least in fees. The 2019 Prius gets 50 mpg, for example, which works out to $210 in total fees – less than EV registration, but not by much.

If the original $1,000 fee had stuck around, EV owners would be paying far more than their gas-guzzling brethren in registration and taxes. However, with the new lower fee, it’s actually pretty equal.

Illinois isn’t the only state to charge additional registration fees for electric vehicles. NCSL publishes a compendium of EV charges and as of 2019, 20 states charge additional fees to register EVs. Of those 20 states, Colorado and Wyoming charge the lowest fees, at $50 a year, while Georgia charges the highest fees at $200. Most sit around $75 to $150 annually.

Unlike Illinois, eight states (Indiana, Idaho, Michigan, Missouri, Mississippi, South Carolina, Utah, and Wisconsin) also charge fees for hybrid and plug-in hybrid vehicles as well, which can be equal to or less than the EV fees. Michigan, for example, charges $135 for EVs, but only $47.50 for plug-in hybrids.

These fees all revolve around loss of funding through the gas taxes that states rely on for repair and improvement of roadways. While EVs make up just 1% of all car sales in the US currently, and therefore these fees contribute little to total funding, states are positioning themselves for an increasingly electrified transportation industry.

The EV market is growing every year

As EV sales continue to grow, states and the federal government will have to rethink their funding strategies and tailor the methods to the technology.  EVs are still just a blimp on the overall car market, but the EV market is growing like wildfire.

But even with all this growth, EVs still make up just a fraction of total car sales in the US. In 2018, drivers bought 17.3 million cars in total, so EVs made up just 1.4% of all sales last year.

However, watching Tesla’s rise through the ranks, other car makers began to jump on the EV bandwagon, introducing their own electrified vehicles like the VW e-Golf, Chevy Bolt, and BMW i3. As of 2019, there are 17 different electric vehicles available in the US, with manufacturers planning to introduce about twice that amount within the next five years.

Here in 2019, experts believe we’re in the very beginning of an EV deluge that’s set to explode over the next few decades. In its annual Electric Vehicle Outlook, Bloomberg estimates that EVs will make up 57% of all vehicle sales globally by 2040, with over 30% of all cars powered by electricity.

States that are already setting separate fees for EVs are looking towards this future and preparing. Some states, like California, have taken an even further step, creating EV fees that increase in parallel with inflation, so the value of the fees isn’t slowly stripped away as inflation increases. Without decoupling transportation and road taxes from gas sales, our streets and highways are going to get pretty bumpy as EV adoption continues to increase.

The transportation industry isn’t the only industry that’s dealing with the disruptions of a fast-growing technology. Since 2010 rooftop solar has exploded just like electric vehicles – from about 250 megawatts (MW) that year to over 2,500 MW in 2016. And just like the transportation industry, the utility industry is trying to figure out how to continue operating in this new world.

Historically, utilities have recouped their infrastructure investments in poles, wires, and equipment with a per-kWh charge on your bills. The more electricity you use, the more you pay for this upkeep. For the last 100 years, homeowners and businesses simply purchased all their electricity from the utility and these infrastructure costs were covered.

But in the late 2010s, as solar costs fell and new solar financing popped up, homeowners and businesses suddenly had an option beyond the utility. You could install solar on your roof, connect it to your utility’s grid, and produce your own free electricity! All of a sudden, homeowners weren’t buying as much electricity, but still using the shared infrastructure (after all, solar panels don’t produce electricity at night, so you still need the utility).

While the small number of solar installations wasn’t enough to cause huge issues (and still isn’t in most areas), utilities were worried they – or more accurately their non-solar customers – would be left to foot the bill on these infrastructure costs. Utilities started asking their utility commissions for permission to charge solar homeowners additional fees to cover the cost of these infrastructure upgrades.

These fees, typically fixed monthly charges on bills, can undermine the financial savings homeowners can see after installing solar and they’re often battled by solar interest groups, who see them at odds with the US’ general move towards greater renewable energy as well as the clean energy goals set by states.

As electric vehicles and renewable energy continues to replace fossil fueled electricity and cars, it’ll take time for their respective industries, as well as local and federal governments, to figure out how to extrapolate costs, fees, and taxes from the outgoing system and intelligently place them in a new clean energy economy.