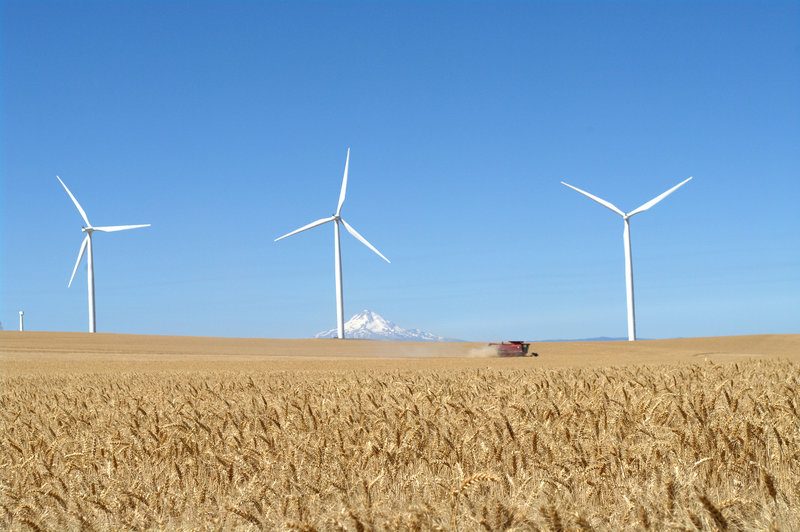 Solar power gets a lot of attention because it’s so much more visible to many of us, quietly working away on our neighbors rooftops or powering street lights and road signs. But wind power is growing steadily and quickly. Giant gleaming wind turbines are whirling quietly, all across the country, pumping dozens of gigawatts of clean energy into America’s power grids.

American wind power is booming. In November of 2015, American wind hit a huge milestone: fifty thousand operating wind turbines. Those turbines are spread out on almost a thousand utility-scale wind farms over 40 US states and Puerto Rico. Taken together, all those wind turbines are capable of 70 gigawatts of energy capacity. According to the American Wind Energy Association, that’s enough clean electricity to power 19 million typical American homes, or drive 26 million electric cars all the way around the world.

Government renewable energy tax credits have a big role to play in new wind installations. Uncertainty about renewal of those credits can cause fluctuations in private investment in large-scale wind projects, and that slows overall growth in the sector. Construction worked at a fevered pace in 2012 as developers raced to finish projects before the expiration of the Production Tax Credit (PTC). In that year, American wind energy capacity flew past both the 50 GW and 60 GW milestones. Unfortunately, it’s taken some time for the pace to pick back up after a 92% decline in new investments in 2013, but AWEA’s report shows that the industry is back on track.

Wind power’s cost has declined over 60% over the past six years, according to AWEA, making it easier for states to comply with the EPA Clean Power Plan. With an eye towards reducing the country’s carbon emissions, the US Congress recently decided to renew both the PTC and the related Investment Tax Credit for a five year period (both of those credits also apply to solar power projects) via a government spending bill. A multi-year extension of the tax breaks guarantees a more secure long-term source of funding, which has led to a flurry of optimistic activity in the wind sector. With another 13000 megawatts’ worth of new wind projects under construction, and 4000 MW more ready to break ground, we’re looking at toppling this newly-set record in a matter of months. 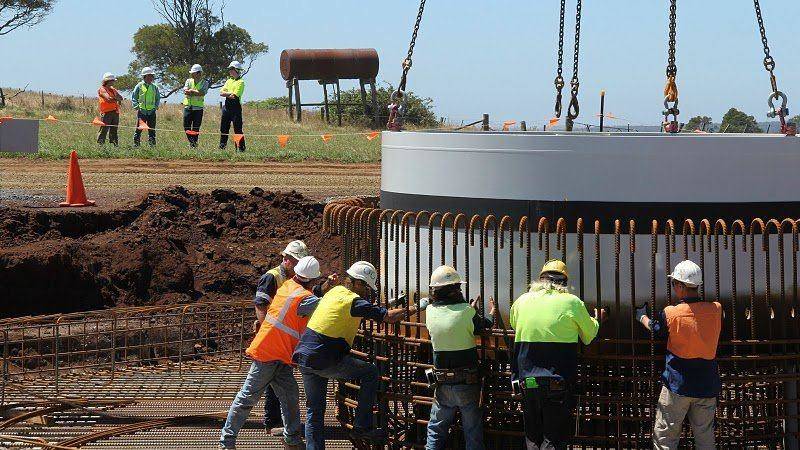 Wind power is setting smaller, but no less important records at the state and local levels, too. One Texas electrical grid operator, ERCOT, had a record-setting day on November 25th, when 43% of energy demand was met by wind power. Overall, wind power was able to supply 18.4% of total electricity demand on ERCOT’s grid over the month of November. That same month, in Colorado, wind was supplying up to 66.4% of the total electricity demand on any given day.

The US department of Energy has high expectations for wind power, predicting that it will double in production capacity from meeting approximately 5% of US electrical demand today, to a full 10% by 2020, and to an impressive 20% in 2030. That’s a lot of clean energy, investment in renewable technologies, and, very importantly, thousands and thousands of skilled American jobs.