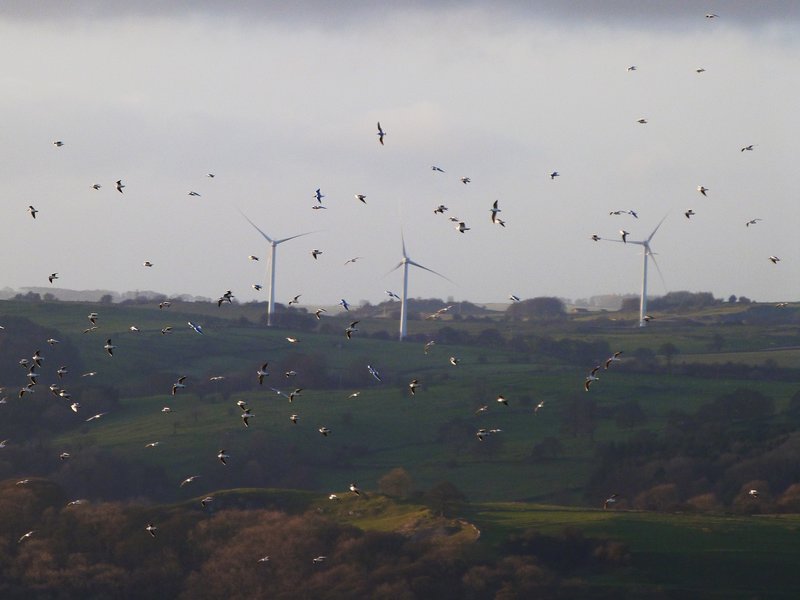 Wind power companies operating in the Altamont region of California are reducing the environmental impact of their older turbines, which are a threat to several protected bird species.

The Altamont pass, in the mountains east of San Francisco, is home to hundreds of species of birds. It’s also where you’ll find the highest concentration of wind turbines in the world, at the Altamont Wind Farm.

Commissioned in 1981, the wind turbines in the Altamont pass have been producing electricity from wind for over thirty years. As interest in wind power grew over the next two decades, several companies installed turbines on parcels of land in the hilly region, generating a total of 1.1 Terawatt-hours (Twh) annually. Many of the original old turbines, constructed in the early 1980s and built to last, are still turning. Unfortunately for the area’s birds, including federally protected species like the Golden Eagle, the older turbines are killers.

Nearly 5000 birds a year are killed by the Altamont turbines, much to the dismay of wildlife conservation groups. Among the fatalities are hundreds of hunting raptors, including dozens of burrowing owls and Golden Eagles, who are so focused on their prey on the ground that they don’t notice the turbine blades until it’s too late to change course. With the tips of the blades whirling at speeds in excess of 150 miles per hour, birds are either killed outright by impacts or injured badly enough that they must be euthanized by environmental rescue groups who are monitoring bird populations in the area. Enough birds are being killed that the populations are struggling to maintain their numbers, and the Audubon society and other environmental groups have been fighting to protect them.

Altamont Winds, Inc. operates in the Altamont pass and owns hundreds of the older style turbines. They have applied for a permit to replace all of their obsolete equipment for newer state-of-the-art wind turbines that will be much less of a danger to birds. They notified the U.S. Fish & Wildlife service in October that they will be shutting down operations of all their older turbines over the winter.

EDF Renewable Energy, which also owns a portion of the Altamont wind farm, is continuing operations as usual but is working closely with wildlife biologists to reduce the ecological impact of their turbines. Through the process of “repowering,” they are replacing older turbines with newer, more efficient models. The repowering will be paid for by EDF, but much of the $35 million cost of the project will be offset by federal wind power tax credits. The new turbines are taller and the larger rotors spin more slowly, and are so efficient that each one can replace thirty old turbines, which means fewer blades in the air among the birds. Moving them to higher elevation helps to reduce bird strikes as well, because it places them far from prime nesting areas and migration paths.

With careful planning and effort, it’s possible to strike a balance between the two green movements of wind power and wildlife conservation. It’s just a matter of caring that it’s done right.

Via SFGate.com and pbs.org