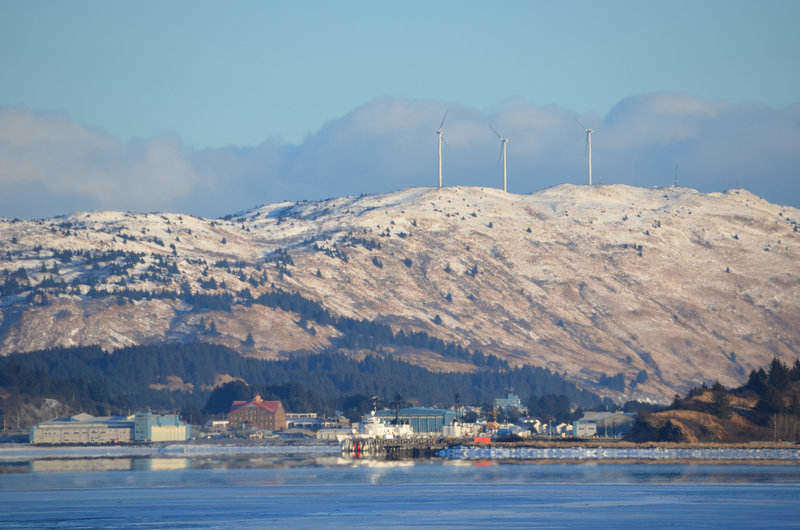 To live in a remote place is to depend on oil. Fuel for the ships or airplanes that bring supplies from outside, and fuel for local power generation. Dependence on oil makes remote communities vulnerable to both fluctuations in global oil prices and possible interruptions in supply due to weather. Where mainland communities create interconnected electrical grids that can support each other through regional fluctuations, a remote community must support its own grid independently. This makes electricity much more expensive for people living there. For example, electricity costs up to three times more per kilowatt-hour in Caribbean island nations than the average rate in the United States.

It makes sense, then, to diversify energy sources in those communities. Not only can that bring electricity costs down, but it can also strengthen their ability to weather both literal and figurative storms. Rocky Mountain Institute recently published a report titled Renewable Microgrids profiling several isolated communities which have either made or are making the transition from an oil-based energy profile to one including local renewable resources. The profiles include a variety of different communities, from tiny Mawson station in Antarctica to larger islands like the Netherlands’ Bonaire, off the Venezuelan coast. Each type of community has different energy needs and resources, but many of the challenges they face in building and maintaining renewable microgrids are the same.

Grid stability is paramount to keeping a community running. The inherent variability in wind and solar power can stress an unprepared power grid. Many of the communities profiled in RMI’s report phased in renewable energy slowly, displacing oil-generated electricity a little at a time as they made upgrades to their infrastructure. Better design and control of the grid is crucial to success: power electronics and control systems were incorporated to the existing grid as new renewable projects were brought online. This technology builds resilient grids able to cope with variations in supply and demand. Equally important is sufficient energy storage capacity to continue powering the community when supply wanes.

A combination of energy storage systems are already in use in most of these communities, and are under consideration for the others. Flywheels and batteries are most commonly used, but El Hierro, the smallest of Spain’s Canary Islands, is using an ingenious pumped hydro storage system to ensure consistent energy supply for their community. Excess energy produced by the island’s wind turbines is stored by using it to run pumps that carry water up to a height of 700 meters. The water sits in this storage basin in the crater of an extinct volcano until the wind dies down and the community needs to supplement the power supply, at which time the water is allowed to drain through a hydro turbine on its way back to the lower reservoir. In this way, no wind energy ever goes to waste.

King Island, in Tasmania, Australia, uses a 1.5 MW dynamic resistor to control for shifts in wind availability to their existing wind turbines. Two 1MW flywheels and a storage battery work with the dynamic resistor and allow the system to run reliably through fluctuations in wind supply without the help of the backup diesel generators.

Controlling for variable input into the grid is important when dealing with the natural fluctuations in wind and solar. Controlling the output is equally important for overall grid stability, though, and several of the profiled communities have taken steps to encourage reduced and responsible energy use by their residents. King Island has incorporated smart meters into the community’s homes and businesses. These devices allow for real-time measurement of consumer energy use and allow the utility to adjust loads as necessary to avoid blackouts from a stressed grid. By shutting off

These devices allow for real-time measurement of consumer energy use and allow the utility to adjust loads as necessary to avoid blackouts from a stressed grid. By shutting off hot water, or heating systems, for a few minutes, they can eliminate the need to start up the backup diesel generators. Scotland’s Isle of Eigg places an energy cap on each home and small business, limited to an instantaneous peak demand of 5 kW. They also require residents to pre-pay for their electricity, which encourages conscientious use.

Transportation of cargo to remote areas is expensive and sometimes complicated. That increases costs for these projects as wind turbines and photovoltaic systems need to be shipped to their remote destinations. Manpower needs to be imported as well. Crews are flown in to set up the necessary equipmerunningnt, but once they’re gone the community must rely upon a few knowledgeable local individuals to run things. Technical problems and repairs often require specialists, who must be brought back in a significant cost.

Antarctica’s Mawson Station, home to a few dozen researchers, lies below the Antarctic circle. It is so remote and inaccessible that special ice-breaking ships were needed to bring in the wind turbines that are currently powering the station. Now that they are in place, the station no longer needs an annual resupply of diesel fuel – the wind power now fulfills half of their energy needs, and the shipments can now be made every two years, which allows more flexibility in scheduling in case of bad weather.

Bad weather is commonplace in many of these remote communities, which means that their systems must be built to last. The Vergnet wind turbines used by Coral Bay, Australia, can be tilted and lowered to the ground under threat of hurricanes. It only takes two people one hour to lower each turbine, and once they are on the ground they can withstand up to a Category 3 hurricane (winds of approximately 300km/hr) without damage.

There are many challenges to living far from the beaten path, but these few innovative communities have shown that power generation doesn’t have to be one of them. Communities that can rely heavily on their own local resources to produce electricity, instead of imported oil, are more independent and resilient. We could all stand to learn something from the hard work they’ve done to keep their communities thriving.