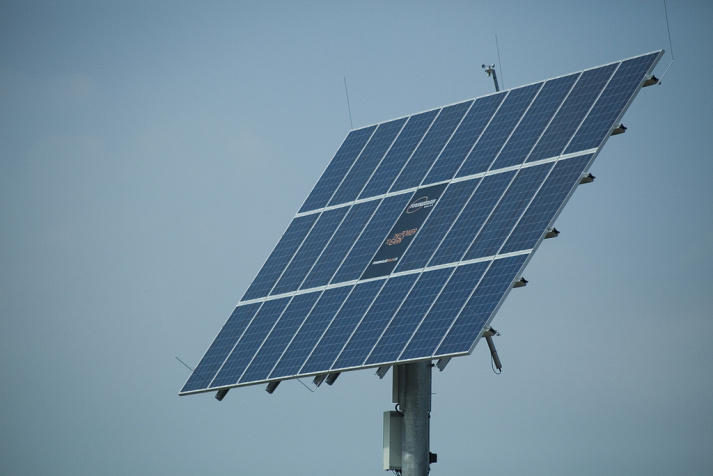 Shiny rows of solar panels are now a common sight on the daily drive of many Boston-area commuters. The Massachusetts Department of Transportation is installing them in a bid to go greener and to earn a discount on energy.

The Massachusetts Department of Transportation (MassDOT) is in the process of implementing a large roadside Solar Photovoltaic (PV) Energy Program. They are transforming unused sections of state-owned land next to the Massachusetts Turnpike and other major area highways into a collection of productive solar farms which will produce at least 6 megawatts of power for the state.

The roadside solar power initiative was launched in 2013, and the first phase of the project came online and began producing power in April of 2015. The first sites to go live are adjacent to stretches of the Massachusetts turnpike, or I-90, in Framingham and Natick. Those four sites are already producing over 2 million kilowatt-hours (kWh) of electricity, which is enough to power almost 500 homes. They’re also reducing the state’s annual carbon emissions by two million pounds.

The second phase of the MassDOT PV energy program is still under construction, but the next group of installations are scheduled to go online by the end of 2015 and double the amount of solar energy that the state is able to produce. Most of the new solar farms will line the far western end of I-90, but one of the largest of the projects is planned for an area off I-95 in Salisbury.

Solar farms usually require a large up-front capital investment, but in this case Massachusetts had zero up-front costs thanks to a public-private partnership deal. The MassDOT Office of Energy, Technology & Management and Highway Division established a partnership with Ameresco Inc., a publicly traded energy utility, in order to make the PV farms cost-effective. Under the terms of the deal, Ameresco is entirely responsible for the construction, operation, and maintenance of the installations. Having a private developer responsible for the project made it eligible to receive federal tax credits, bringing down the total project cost by fifty percent. Ameresco will likely recover their investment quickly via electricity sales and solar renewable energy credits.

Massachusetts will be making money on the deal, too. The installations are all built on MassDOT-owned land. Ameresco is leasing that land from them, which will mean a considerable annual rent payment to the state. Second, Massachusetts agreed to purchase 100% of the electricity produced by these PV farms under a special 20-year negotiated rate, which is considerably lower than the usual energy rate. Finally, net metering policies in the state allow for MassDOT to export any excess solar energy back into the grid, earning them net metering credits. Over the next 20 years, these combined savings will add up to approximately $15 million.

While they may look a little out-of-place by the side of the road, those solar panels lining Massachusetts’ highways are definitely saving the state money and keeping its carbon footprint just a little bit smaller. And who knows, maybe they’re inspiring commuters to take a second look at solar for their own use at home.