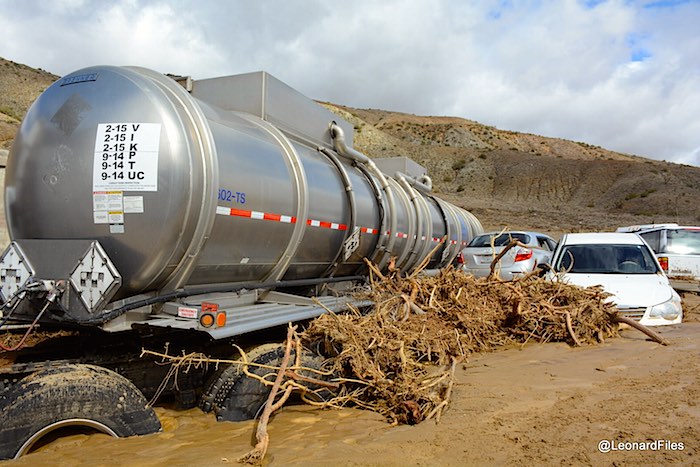 Doing nothing on climate will cost the world $72 trillion by 2060 in disaster recovery as climate change ramps up as predicted under a Business as Usual scenario, according to a new report from Citibank’s Global Perspectives and Solutions (CitiGPS).

The bank study; Energy Darwinism, was initiated to

With climate effects only just starting to manifest –  in 2005, Hurricane Katrina cost $125 billion, Hurricane Sandy cost $65 billion in 2013 – the study  has made the first ever assessment purely on a cost/benefit point of view; looking out over the next 45 years. 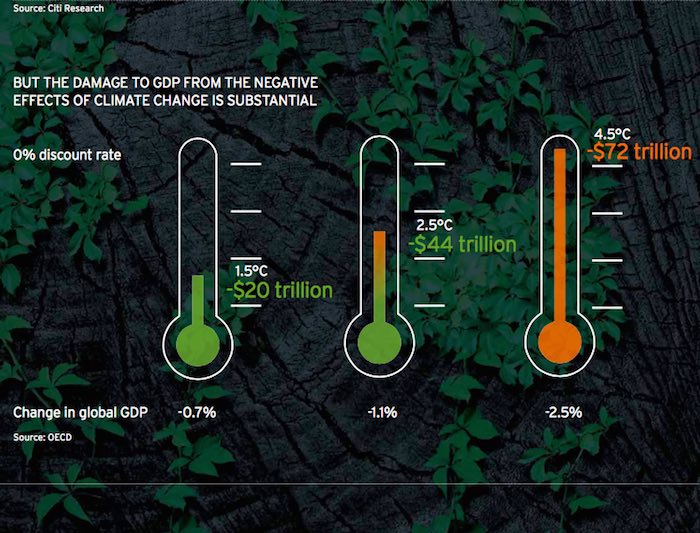 CitiGPS found that comparing just the building costs alone (not including climate costs) that building renewable energy from now on out will actually save $1.8 trillion; it costs less than the cost of building the exact same terawatts of energy needed in additional carbon combustion energy sources… and then fueling them for 60 years.

Given that we already have put in place a gigantic dirty energy infrastructure, with huge investments over the last century, replacing all of that with clean energy infrastructure is also going to cost something. But when CitiGPS factored in fuel costs, the sum is $1.8 trillion less to replace all that and then start over with renewables like solar and wind, hydro, nuclear and geothermal.

Once we built a railroad…

To build a civilization founded on carbon combustion, we laid rail across continents to carry mountains of coal to be burned in power stations near cities, built gas and oil pipelines from one end of every continent to the other. That cost us. It built fortunes. It created jobs for generations of families worldwide.

Now that we know that entire carbon-combustion infrastructure is going to destroy our human civilization, we need to replace it. Like the previous energy infrastructure, this too will create jobs for generations throughout the 21st century and beyond.

Not all of what we put in place was carbon intensive. The decision to build the Hoover Dam was a gigantic and foresightful decision, creating gigawatts of clean energy and thousands of jobs in the depression era 1930s.

Hydropower and geothermal power, the old renewables; have created an enduring renewable energy source that, like solar and wind, we can still tap into for centuries. In Pacific rim countries like New Zealand, these old renewables have supplied up to 90% of the electricity used. So not all of it needs to be rebuilt. But building the new renewable infrastructure to replace the 70% carbon-fueled economy globally is going to be a massive investment.

CitGPS Concludes: “Why wouldn’t you?”

But, says the study, even this massive investment won’t be unaffordable or cost more than digging a deeper hole for ourselves by continuing to fuel carbon combustion.

“The incremental costs of following a low carbon path are in context limited and seem affordable, the ‘return’ on that investment is acceptable and moreover the likely avoided liabilities are enormous. Given that all things being equal cleaner air has to be preferable to pollution, a very strong “Why would you not?” argument begins to develop.”