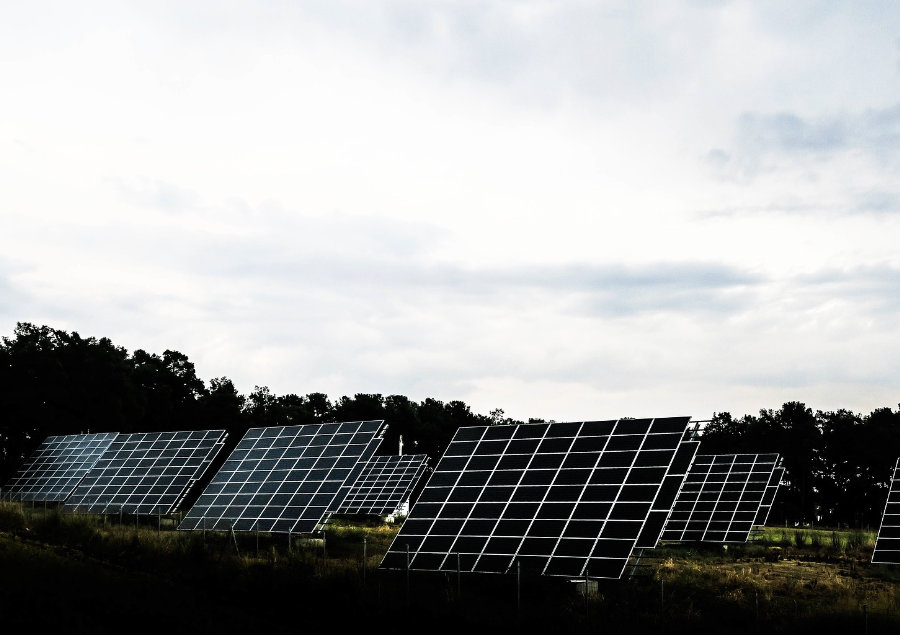 Today, Connecticut state regulators denied permission for a developer to build a solar farm on 25 acres of land near Chatfield Hollow State Park in Killingworth, CT, a small town of 6,400 located in the middle of the state.

Local residents said the solar farm would’ve destroyed forestland next to the state park and, additionally, there were concerns around historical stone walls and Native American artifacts. Before the state vetoed the project, the town held public hearing about the project plans. A local resident said, “I am not opposed to what solar power does, but I am opposed to it being held on this parcel.”

As utility-scale solar continues to become more and more common in heavily forested areas, siting issues will likely become more and more of a concern. You can measure how a solar farm impacts emissions as compared to a forest, but measuring quality of life for the local residents can be more nuanced.

This isn’t the first time the siting of a solar farm has caused alarm. In March 2019, Georgetown University announced plans to source almost half of its electricity from solar energy. However, the university drew ire when it was announced that the solar farm it would construct in Nanjemoy, Maryland, would require clearing 210 acres of forested land on a peninsula near the Potomac River.

Bonnie Bick, the political chair of the Southern Maryland Sierra Club – an organization famous for fighting for emission reduction with renewable energy – said, “I’m very much in favor of solar, but the solar needs to be properly sited. The question is not forest or solar, it’s where is the proper place to install solar?”

Origis Energy, the company Georgetown contracted for the project, was adamant that the environmental benefits outweighed the drawbacks. Project Manager Edwin Moses said, “Origis is extremely confident the tradeoff is a good one.” In the developer’s favor, the forest is by no means virgin. The proposed site is actually agricultural land, and has been logged several times in the past.

In a statement, the university defended their project, saying, “The proposed offsite solar project would reduce greenhouse emissions equivalent to planting more than 429,000 trees, which is the amount of carbon sequestered by approximately 30,000 acres of forest.”

As solar energy continues to grow in the US, more and more siting issues are bound to spring up, especially considering that the majority of solar installations aren’t roof-top installations, but large-scale utility farms, with thousands or even millions of solar panels.

California’s Solar Star, the largest photovoltaic solar installation in the US, uses 1.7 million solar panels and covers 3,200 acres of high desert. In comparison to fossil fuels like natural gas and coal, solar and wind need vast amounts of space. A 2018 study from the Netherland’s Leiden University compared the energy density, or how much electricity can produced per square meter, of several different fuels and found that solar and wind need about 90x to 100x more space than natural gas.

However, report author Paul Beherens, says the findings don’t mean that fossil fuels are the best option: “The production of fossil fuels is a very dirty business,” says Behrens. “So, while renewable energies take up more space, that space will be less polluted, and can be developed for multiple uses such as farming around the base of wind turbines.”

What are the best solar sites?

For solar energy to grow and be sustainable long-term, we need to appropriately weigh the environmental effects as well as the impact on the local community.

As Georgetown University estimated above, do the avoided emissions from clean energy justify cutting down trees? When analyzing the avoided emissions from solar or wind generation and comparing them to the carbon sequestration of trees, it might make sense to cut them all down and install solar. Solar farms are almost always built on agricultural or commercial land, but intuitively, cutting down trees to build renewable energy projects just seems wrong to many people.

An obvious choice is land which is already developed commercially. Solar developers can and do install solar panels on carports over parking lots and the roofs of commercial and residential buildings. Leidenham University environmental scientist Beherens agrees, saying, “To avoid [land] competition, rooftop solar will be the best bet—providing clean power that doesn’t compete with other land uses. Offshore wind will help.”

However, there’s only so much space on rooftops and over parking lots and these kind of projects add cost to solar installations, as extra mounting equipment is needed and they don’t benefit from economies-of-scale like larger solar farms can. As we saw above, utility-scale solar projects – the kind we need to build if renewable energy is really going to catch on – requires thousands of acres of land, more than any one rooftop or carport could handle.

It’s certainly not hopeless though. Solar panels are getting more efficient every year. Back in the 1970s, the most efficient crystalline solar cell (the most common form of solar technology today) was about 14% efficient. By 2017, American manufacturer Sunpower was hitting 25% – an 80% increase in efficiency. As panel efficiency increases, the energy density (measured in w/m2) also increases, as fewer solar panels are needed for the same amount of energy.

Currently, the largest solar projects are in southern California, typically desert areas with few trees. However, as utility-scale solar continues to grow and spread to other areas, the ‘solar vs trees’ dilemma will likely come up more and more.