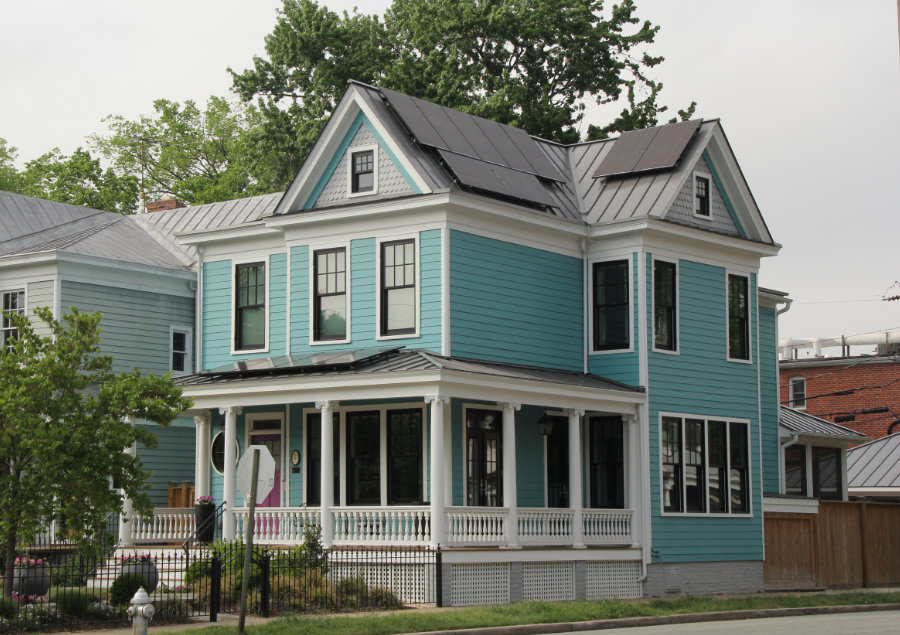 For a better understanding of how solar affects home values, real estate website Zillow studied home listings and sale prices from March 2018 to February 2019, comparing similar homes both with and without solar, controlling for variables like age, location, number of bedrooms and bathrooms, and square footage.

Zillow found that for the median-valued US home, solar adds an additional 4.1% of value, equating to an additional $9,274 at the time of sale. However, this number varies considerably depending on location. In Riverside, CA, for example, that percentage increase drops to just 2.7%, though thanks to California’s sky-high real estate prices, that translates to an additional $9,926 of value – higher than the US average.

Homes in New York saw the highest percentage increase thanks to solar, at 5.4%, which equates to a substantial $24,000 in additional value. However, that’s nothing compared to San Francisco. While the additional value is just 4.4% – just slightly higher than the national average – thanks to San Francisco’s jaw-droppingly expensive real estate, that equates to an extra $42,000 when it comes time to sell your home.

The federally-funded Lawrence Berkeley National Lab has previously studied how solar installations affect home values, but their results, while overlapping in certain areas, are slightly different than Zillow’s.

As part of the study, researchers at the lab analyzed 22,000 home sales across eight states, from 1999 to 2013. They found that the average solar installation added about $4 per watt of value to a home’s final price.

While the Zillow study accounted for variabilities in the home (square footage, age, location, etc), the LBNL study also accounted for variances in the solar installations as well (age and size), so the latter’s results could be a bit more accurate. However, the solar industry changes very quickly, and Zillow’s research is much newer, using data only from the past year, while NREL dips into home sales all the way back to 1999.

Under LBNL’s findings, you’ll likely recoup a large majority of your original investment when you go to sell the home, as most solar installers typically charge about $3 per watt to install your entire system.

Why does solar add value to a home?

This probably seems like a pretty easy question to answer, but there are actually two different angles to this issue.

Firstly, you can think of a solar installation like a home improvement project. Like a new kitchen or patio, a solar installation is a tangible asset that you’ve bought and installed permanently in your home. Since you’ve spent all that money and taken care of all the work, the next homeowner doesn’t have to worry about it at all. The value of your home goes up. In fact, many states even offer property tax exemptions for the additional home value that solar brings. Louisiana, for example, offers a tax exemption on 100% of the value the solar installation brings, indefinitely. For an $18,000 installation, that would be about a $90 savings in the first year alone, at Louisiana’s average property tax rate of 0.51%.

From another perspective, solar installations are also a cost-saving measure. You, and the future owner of your home, are able to cut your energy costs by taking advantage of the sun’s freely-available, no-cost renewable energy.

Exactly how much money you can save on your energy bill depends on your solar installation’s cost and size. Obviously, the lower the installation cost, the more you can save.

Watch out for solar leases

So Zillow and LBNL say that adding a solar installation increases your home’s value by thousands, but there’s an important caveat to all these findings: they only apply to solar installations owned by the homeowner. Solar leases add no additional value to a home.

When the solar industry was enjoying explosive initial growth from 2007 to 2014, the technology was still too expensive for most homeowners to pay in cash, so homeowners gobbled up solar leases. By entering a lease agreement, you skipped that pesky out-of-pocket expense and reaped a small, but healthy monthly savings on your utility bill.

Doesn’t sound so bad. What’s wrong with that? With a solar lease, your solar installer/financer owns the installation – not you, the homeowner. As such, all the tax incentives – like the 30% federal tax credit – go to the installer. So you’re left investing more than you need to be. Also, as you haven’t invested any of your own money into the equipment and it will be removed at the end of the lease, the installation adds zero value to your home as well.

The Lawrence Berkeley National Lab actually studied the resale value of leased solar homes in southern California and found that they neither inhibit nor help with sales. It adds no additional value, but also don’t subtract value either. Nor does it lead to a longer time on the market, as a handful of news outlets have claimed.

If possible, buy your solar installation

So what’s the takeaway of all this? Buy your solar installation, either via cash or bank financing, if you can afford it. Not only will your month-to-month savings be higher than with a solar lease, but you’ll also reap the additional value when it comes time to move.

Of course, every home and area is unique, so make an effort to learn about how solar affects home values in your own area by reaching out to a few local installers and real estate agents. The two large studies above show that solar installations can add between $9,000 and $40,000 in premium to a home’s final price, and that alone covers a large percentage of the typical solar installation cost. Just be sure to do your homework beforehand.