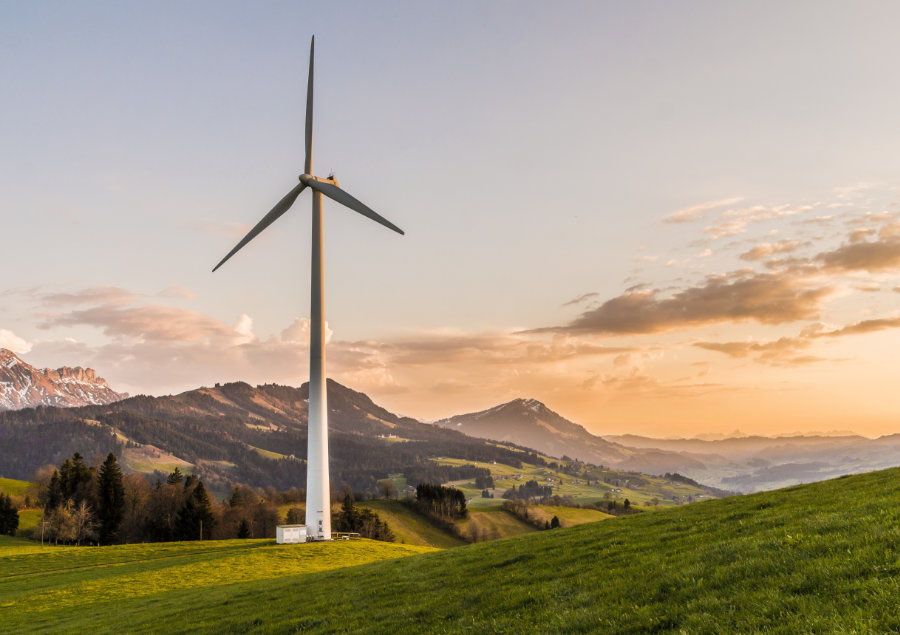 100% clean energy pledges are becoming more common these days. Cities, states, and private companies are looking to decrease their emissions by investing in renewable and clean energy. Utilities are also getting in on the mix, but at a slower rate.

Just last week, Idaho Power announced plans to move to 100% clean energy by 2045, joining a handful of other utilities that have announced a formal commitment to pull the plug on fossil fuel power plants.

Idaho Power has announced it will phase out its existing coal power plants by 2045, replacing them with solar and wind resources.

The utility currently works with three coal plants, two of which they’ve already agreed to retire with the third on the way. First up, it’s planning to cease coal-fired operation by 2020 at the Boardman Plant, which they co-own with fellow utility Portland General Electric. Secondly, Idaho Power will pull out of its partnership for the North Valmy Plant, a coal plant it co-owns with Nevada’s NV Energy, ending involvement in 2019 for the plant’s first unit and in 2025 for the second unit.

Idaho Power is currently in discussion with regulators and co-owner PacifiCorp on either steps to reduce emissions at its third coal plant or how to go about ceasing participation.

It’s a plan that’s not out of line with the utility’s strategy over the last decade. Idaho Power already boasts very clean energy generation and says it has already reduced its carbon emissions by 50% since 2005. The utility has 17 dams around their service area, providing hydroelectric power that accounts for almost 50% of all its electricity.

Just 18% of its electricity comes from coal and 8% from natural gas, which adds up to a total of 26% from fossil fuels. This is in stark contrast to the US national average, in which coal and natural gas together make up 62% of all electricity production, with natural gas accounting for the largest portion (35%) and coal the second largest (27%).

In March of this year, Idaho Power signed a power purchase agreement (PPA) with Idaho-based Jackpot Holdings for a 120 megawatt solar farm near Twin Falls, a city in southern Idaho. The plant should be online by 2022.

Idaho Power will pay $21.175 per megawatt-hour (equal to $0.02 per kWh), with a 1.5% annual price increase – some of the lowest prices for solar energy ever seen in the country. In announcing the agreement, Idaho Power said, “This is among the lowest-cost solar contracts of its size that’s been publicly reported. That low cost makes adding solar power from this facility to Idaho Power’s energy mix cost-effective for customers.”

Idaho Power says the solar farm is specifically designed to help replace the lost energy from closing the North Valmy plant, as it will tap into the existing transmission line that the Nevada coal plant currently uses. The utility notes that its other energy resources will help even out any fluctuations that occur due to solar power’s intermittency.

Just how quickly the price of solar energy has dropped over the last decade is truly astounding and hard to even wrap your head around. A study from Berkeley National Lab found that PPA prices fell by $20 to $30/MWh on average from 2006 to 2012, slowing down to $10/MWh decline from 2013 to 2017. In 2017, PPAs for utility-scale solar were typically priced around $40/MWh, with a handful of projects around $20/MWh. Jump forward a couple years, and that low price is no longer shocking.

Now, we’re asking ourselves: what’s the bottom-of-the-barrel pricing for solar PPAs? GTM Research did some math and found that solar PPA prices will bottom out at $14/MWh by 2022 – a price few could even dream of 10 years ago.

As prices continue to drop, solar – as well as wind energy – is increasingly becoming a better financial bet than coal and natural gas plants. Each year, analysis company Lazard compares total costs for different electricity generation sources. In 2018, they found that wind and solar are the cheapest form of electricity generation from cradle to grave, costing between $29 and $56/MWh and $40 and $46/MWh, respectively. (You’ll notice these solar costs are twice as high as the real-world PPA prices above. Lazard is comparing unsubsidized, not real-world, costs for all generation sources.) Coal, on the other hand, cost between $60 and $143/MWh and natural gas cost $41 to $74/MWh.

100% clean energy commitments on the rise

A handful of utilities – four to be exact, including Idaho Power – have gone a step further than sporadic renewable projects by declaring their attention to source 100% of all electricity from clean or renewable sources.

Xcel Energy, which works in eight states and serves 3.6 million people, is by far the biggest utility so far to make this commitment. In late 2018, it announced it will switch to 100% clean energy by 2050, with an interim goal of 80% reduction by 2030 – all without any legislative or regulatory prodding.

Just days later, Platte River Power Authority, a smaller utility in Colorado, also announced its plan to go 100% carbon free, but by 2030, two decades before Xcel (PRPA is a much smaller utility than Xcel).

Lastly, in mid-2018 MidAmerican Energy announced its desire to move to 100% renewable energy, mostly via wind, which already accounts for 50% of all its generation.

The bottom’s fallen out on renewable energy prices and utilities are increasingly looking towards these clean-energy alternatives as both a cheaper generation source than the status-quo and also an easy way to score some points with the solar-loving public. As prices continue to fall, we’ll likely see solar and wind penetrate further into utilities’ generation mix, not just in California and Arizona, but also in relatively solar-less territories like the mid-west and southern states as well.