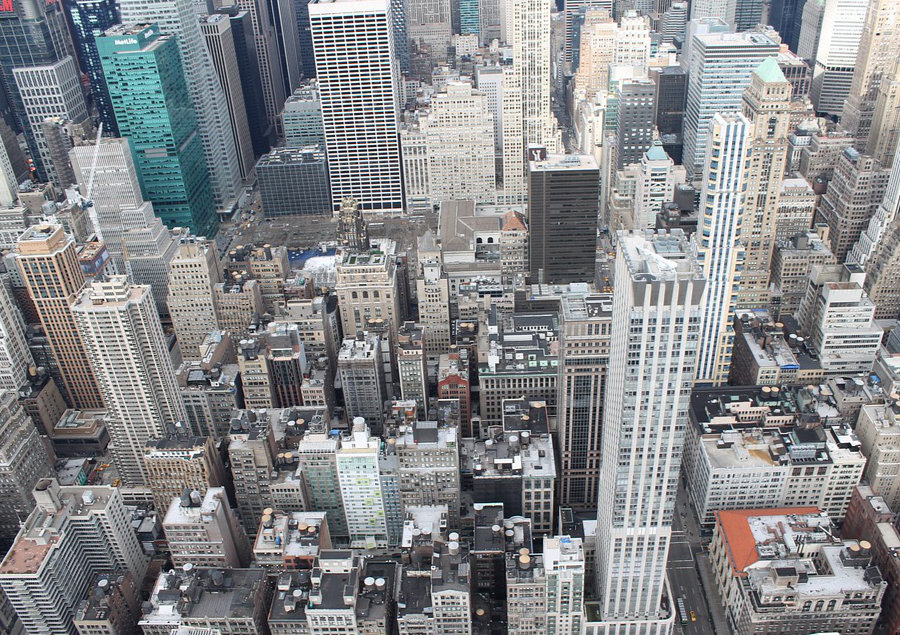 Con Edison, the utility servicing New York City and one of the largest privately-owned utilities in the US, is beginning a drive to install small energy storage systems across NYC to meet local energy needs without costly infrastructure upgrades. Many of the battery projects are part of Reforming the Energy Vision, a larger state-wide program to modernize the grid and lower emissions.

Earlier this week, the utility installed a small energy storage system near Ozone Park in Queens. The system is composed of lithium-ion batteries, similar to those found in smartphones and electric vehicles, and are stored in eight shipping containers.

The energy storage is capable of providing power to 1,000 homes for just over five hours during these peak periods. Like many utilities installing energy storage, ConEd will use the batteries to provide electricity during times of peak demand, typically hot summer afternoons when local residents are cranking up AC units.

The battery project is part of ConEd’s five-year-old Brooklyn-Queens Demand Management Program, a creative solution to a complex problem. The utility hopes to avoid a costly $1.2 billion substation upgrade by meeting peak demand via a variety of ‘non-wires’ methods. These included energy efficiency programs (helping customers install LEDs, smart thermostats, and efficient appliances), distributed resources like batteries and possibly fuel cells, and demand response programs, or programs where customers themselves help to lower that peak energy use during specific afternoons. The entire program has a $200 million budget – a fraction of the cost of the substation upgrade.

Originally the BQDMP was set to end in 2018, but after its success ConEd asked the New York Public Service Commission for permission to extend it beyond that year. While the program had some hiccups (ConEd cancelled some of the offerings, like a commercial appliance program), its non-wires approach is seen as an exemplary model for other utilities.

The Queens battery storage system is designed as a test project, which ConEd will study and pull best practices from, as they look to build more energy storage systems in the city.

Instead of building the battery system themselves, the utility simply asked another company to do it for them. Instead of doing all the research to find the perfect area for a battery system, ConEd simply put the developer – GI Energy – in charge. ConEd gave GI Energy a list of areas that could especially benefit from energy storage, then GI Energy took over finding a suitable location, leasing the area, and project development.

The first system, a 1 MW/ 1 MWh project, was turned on in April this year. It’s the first of several that will act as a demonstration project.

When ConEd needs some extra juice during peak times, they’ll call on the battery storage to meet that demand. The rest of the time, GI Energy can use the energy in whatever way they’d like. When regulations allow, GI Energy even hopes to participate in New York’s wholesale electricity market.

In a post on the project, news site Utility Dive points out that this long-term plan actually creates three value streams: 1) Grid benefits for ConEd, by helping meet peak demand 2) Revenue for GI Energy via the wholesale market 3) lease payments for the site owner where the batteries are located. That’s a win-win-win.

The CBS project is part of the state of New York’s larger Reforming the Energy Vision (REV) program, which seeks to create a cleaner, more economic, and more resilient electricity grid. The state and utilities are working together to offer efficiency programs, encourage renewable energy, create new financing mechanisms, and update the existing grid infrastructure, as well as a laundry list of other techniques. REV’s ultimate environmental goals are to reduce greenhouse gas emissions by 80% by 2050.

Other utilities are looking to batteries to meet peak demand

On the other side of the country, Oregon utility PGE is building a new energy facility that will combine – for the first time ever – energy storage, wind, and solar at the same location. The project will include 30 MW of energy storage, 300 MW of wind, and 50 MW of solar energy. On top of that, Arizonan utility TEP is also building a 100 MW solar and 30 MW battery facility, as is fellow Arizona utility SRP.

You can see that ConEd’s batteries, at just 1 MW, are much smaller than the storage systems that other utilities are deploying, and that’s the real kicker. Instead of going all-in on a giant storage project in a single location, ConEd is testing out ultra-localized, small-scale batteries designed to meet a very localized peak event. By locating the batteries in or near the actual neighborhoods that need assistance, ConEd is creating a more efficient, resilient infrastructure, as electricity is lost during any transmission.

Lithium-ion batteries are actually the perfect answer for these situations. Unlike a conventional power plant, Li-ion batteries produce no emissions and are safe to operate in almost any situation, so they can be located right in the middle of a neighborhood without affecting safety or quality of life.

As solar and wind prices continue to fall, more and more utilities are turning to these resources to replace aging coal and natural gas plants, as a cheaper and earth-friendly alternative to upgrading existing plants or building new fossil fuel plants.

However, these renewable sources of electricity are plagued by their own intermittency, or the fact that they can’t produce electricity 24/7 or at will. But the falling price of lithium-ion batteries is now allowing utilities to pair these resources with energy storage systems, allowing them to cost-effectively store the cheap, clean energy for peak times later in the day.

On top of that, lithium-ion batteries – which are overwhelmingly used in energy storage projects – can charge and discharge quickly, so they can easily meet the demands of the electricity grid, which require plants to start up or ramp down energy production very quickly.

As prices continue to fall, solar+storage inches ever closer to nationwide grid parity, that magic number where it’s more expensive to keep fossil fuel plants running than to adopt renewable energy. At that time, we’ll likely see energy storage popping up in historically non-solar states. However, exactly what energy storage will look like – whether big or small, remote or installed right in the city – is yet to be seen.