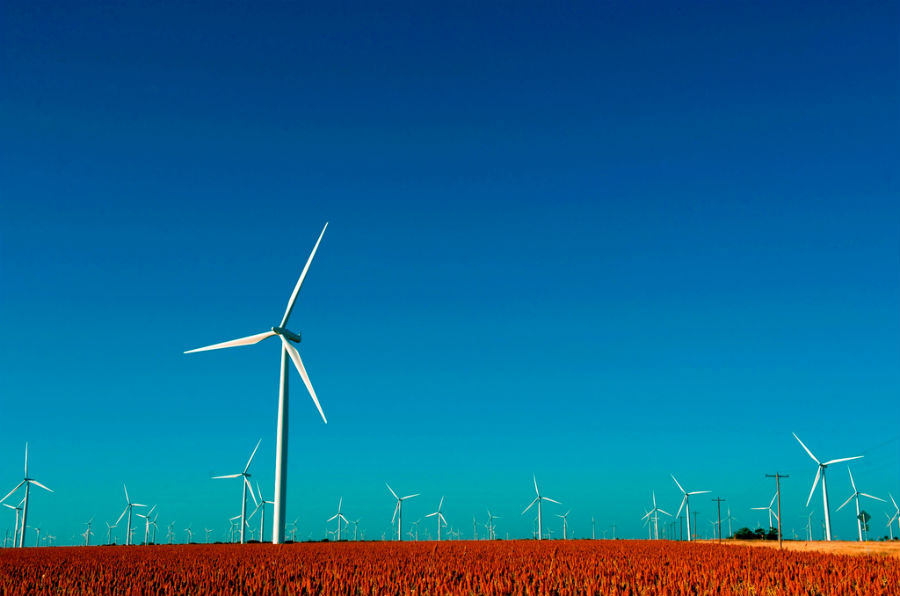 One of America’s biggest cloud computing companies has recently entered into long-term contracts with West Virginia and Texas wind farms, which will supply clean renewable power for its data centers.

Salesforce is primarily a customer relationship management (CRM) service, which provides cloud-based data management and task management for its clients. In 2013, Salesforce made a public commitment to support renewable energy. They lease capacity from several commercial data centers across the country, and those servers take a fair amount of energy to keep online. Salesforce has committed to choosing data center sites with access to renewable energy over those powered primarily by conventional fossil fuel plants.

They pursue innovative green building strategies and strive for LEED certification in their office spaces. They are also encouraging the utilities supplying their existing data centers to increase the percentage of renewable energy that they provide. As members of RE100, they’ve committed to powering 100% of their global operations by renewable sources. Moving to a renewable energy source for their data center energy needs will further reduce Salesforce’s carbon footprint and improve their green public profile.

In an important step towards achieving a 100% green energy profile, Salesforce has recently signed 12-year contracts with American wind farms. Patrick Flynn, Salesforce’s Director of Sustainability, posted on their blog in January that these deals are their way of “doubling down” on their commitment to renewable energy. A new 40MW wind farm being built in West Virginia will come online sometime in the next year, and feed into the electrical grid operated by PJM Interconnection, which supplies power to both the northern Virginia and Chicago areas where Salesforce operates large data centers.

In addition to the West Virginia wind deal, Salesforce has also contracted with a Texas wind farm for 24MW of energy. The two wind deals combined will provide Salesforce with over 227,000 megawatt hours of power annually, which is more than Salesforce needs to run its entire suite of global operations.

The power purchase agreement made with the wind farms will allow Salesforce to buy renewable energy credits to apply to the power that they consume from the local electrical grid. It’s not quite the same as powering their data centers directly from wind turbines, but the credits allow them to offset their coal-sourced energy and invest directly in sustainable power projects. Renewable energy credits are a way to decouple green energy production and consumption in a way that makes it easier for companies to buy green power even if they’re far from the power plants that are doing the hard work.

Multibillion dollar technology and data companies like Microsoft, Facebook, and Google have already been making moves towards greener pastures and buying up renewable energy credits to offset their carbon emissions and bring them to carbon neutrality. In a social climate where greener companies get better press and people are choosing more climate-conscious companies over big polluters, moving to renewable energy sources is a wise public relations and economic move. Not to mention the responsible choice for the planet.