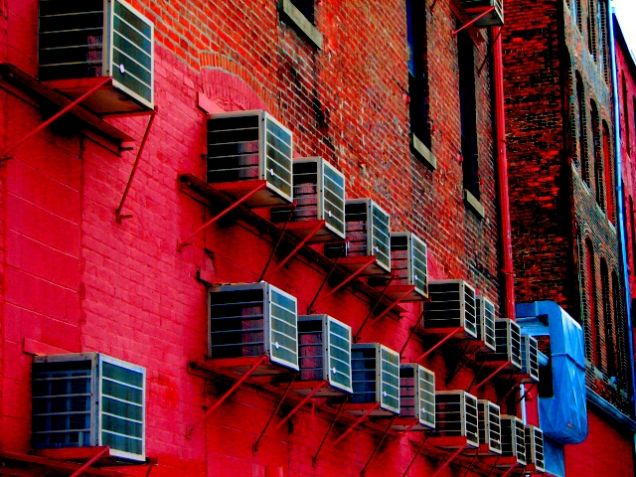 As the climate warms over the next decades, energy needed for cooling developing nations would far outstrip current air conditioner use in the US.

The need to cool people in the rapidly growing megacities in India, Southeast Asia and other developing nations will dwarf the amount of cooling used now in the relatively temperate United States, even though the US currently is the world’s heaviest user of air conditioners, according to a study by Michael Sivak, a research professor at the University of Michigan.

Sivak looked at mean daily outdoor temperatures and population growth figures, and his graph shows how much air conditioning use there would need to be if these countries adopted air conditioning along the lines of  America’s example. 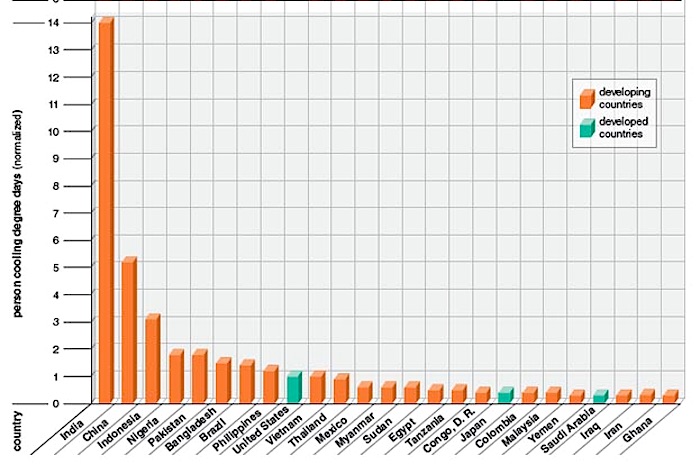 Such a massive increase in the energy needed by air conditioners would only make climate change worse.

But will we continue to condition the air in spaces around people? Or would it make more sense as the climate heats up to simply to devise technologies that just cool people?

Even today, cooling vests like these are used by firefighters who need to survive conditions people couldn’t otherwise survive in; in order to fight wildfires. 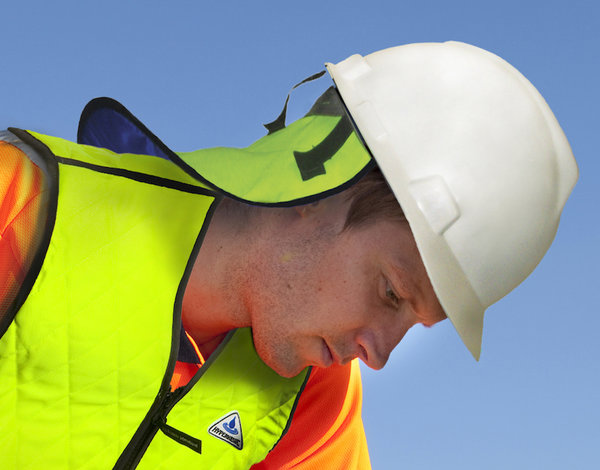 A typical cooling vest uses a biobased phase change material that is able to absorb heat generated by the wearer, and can maintain a temperature of 59°F for up to two and a half hours. Various manufacturers offer different models able to cool the wearers in 100°F and up to 154°F.

Currently, these are designed as sturdy and practical vests suited to firefighters, sportsmen and police dogs involved in search and rescue, and others.

The way phase change materials (PCM) work is these are substances that can absorb or release heat during melting or freezing.

The best known is water/ice, but ice is too shocking to the body at 32°F, so advanced PCM-based cooling garments use substances that change phase and keep the body at a temperature more like something that the human body has long been acclimatised to. This is a more narrow temperature range from about 60°F to around 80°F.

The cooling packs of PCMs are inserted in pockets in these sorts of vests. After a few hours of wear, as the PCMs have absorbed the difference in body temperature, the packs are placed in water for a few minutes to recharge them for another few hours of body cooling.

In May of 2015, a heatwave killed 2,500 people in India. Temperatures remained ten degrees Fahrenheit above normal for two weeks. In New Delhi, temperatures of 113°F melted roads. When combined with humidity, the heat index — what a temperature feels like — was brutal.

What made it so deadly was that the heat did not abate much at night during this period. Temperatures remained over 100°F till each morning in many parts affected; so there was no way for the body to recover from the heat stress. The relentlessness of these high temperatures were what killed people over time.

In India, many people have no access to air conditioning, or electricity. But cooling garments similar to these used by firefighters, and which are simply recharged in a bowl of water, could have saved lives.

Though these are now designed for outdoorsmen, cooling garments are essentially just pockets to insert the gel packs of phase changing materials. Cooling packs are available for any temperature – even up to 150°F.

There should be emergency phase-change cooling garments, or even just the PCM gel packs, available to get through such periods of extreme heat.  In India, such gel packs could have been actually wrapped into saris or any piece of fabric to cool on demand, and refreshed in just a bowl of water.

All images under CC license