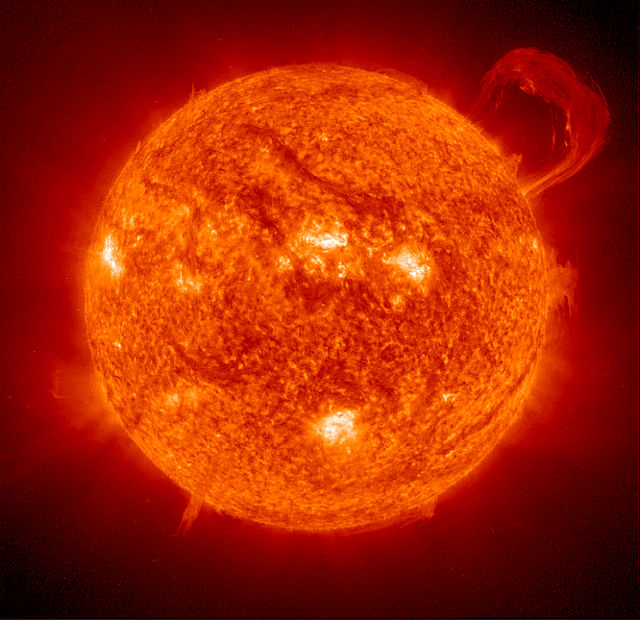 Today six governments are involved in the planning and construction of what could be called “the largest international scientific undertaking in history”. Their purpose: to usher in a new era of clean, abundant energy. University of Washington scientists may be even closer.

Fusion is theoretically well understood from the study of thermonuclear reactions and conditions that power the Sun. Under extremely high temperatures and pressure, hydrogen atoms are forced to overcome their electrical repulsion and fuse together, thereby releasing energy. Although the construction of such a device on Earth might not have been economically feasible in the past, according to scientists from the University of Washington we may today be at the edge of a new fusion era.

Controlled fusion is every person’s dream with its promises of clean energy that neither releases carbon dioxide gases, like fossil fuel alternatives, nor dangerous radioactive by-products, such as in the case of fission reactors.

The world-changing repercussions of controlled fusion were acknowledged at the Geneva summit of November 1986, where American President Reagan and Soviet General Secretary of State Gorbachev agreed that controlled fusion should be “the widest practical development of international cooperation in obtaining (fusion energy), which is essentially inexhaustible, for the benefit of mankind.” Indeed: the fuel for controlled fusion consists of hydrogen atoms (deuterium & tritium), which can be mainly extracted and produced from an unlimited supply of water (H2O). The impact of such a device in the contexts of economy, environmentalism and the development of third-world countries seem almost too good to be true.

The difficulties of building a controlled fusion reactor require the development of a technology that would emulate the high pressure and temperature conditions of the Sun. Put simply: stripping hydrogen atoms of their electrons to creating an ionized gas called plasma. Because of the high-temperature levels involved, magnetic confinement is seen as the most efficient option to construct a controlled fusion reactor, since any other material would not withstand the high temperature of the plasma.

Due to electromagnetic forces, charged particles spiral around magnetic field lines, which are generated by the electromagnets of a reactor. To optimize the efficiency of such a device, plasma must be kept away as much as possible from the walls of a reactor, which is tricky for three main reasons.

These problems make magnetic confinement extremely challenging to physicists and engineers. In the 1950’s, however, Soviet physicists Andrei Sakharov and Igor Tamm designed a device named the tokamak (tокамак with the Russian alphabet). Today, its doughnut-shape is seen as the most efficient configuration to confine hot plasma and induce fusion with magnetic fields.

Following the sophisticated design of the tokamak, the International Thermonuclear Experimental Reactor (ITER) was born after the Geneva Convention of 1986.

Using the principles of tokamak design, the ITER’s objectives are to construct a gigantic controlled fusion reactor in Southern France to develop “fusion energy for peaceful purposes”.

Due to the enormous costs involved–around 50 billion US dollars–international collaboration is necessary. Today six governments (the European Union, the U.S., Russia, India, China and Korea) are involved in the planning and construction of what can be called “the largest international undertaking of history”. To account for the unpredictable nature of plasma and optimize fusion output, the size of the ITER reactor is roughly 30 m tall and weighs 23,000 tons.

Despite the huge costs and wide international collaboration of ITER, the actual fusion of hydrogen is only scheduled to begin in 2027, which is why the University of Washington’s research appears so promising. Introduced by Professor Thomas Jarboe and his doctoral student Derek Sutherland, their nuclear fusion reactor, called the dynomak, follows the principles of the tokamak by ensuring that plasma is confined by a magnetic field for a period of time long enough to allow for the fusion of helium to occur. But rather than rely on expensive superconducting coils like ITER, the dynomak uses a self-sustaining approach that heats plasma continuously to achieve the required high fusion temperatures. This means that plasma is always maintained at these high temperatures. In the dynomak’s case, heat generated from fusion would first be converted to mechanical energy in the same way that a typical power reactor generates electricity– as a turbine spins by coolant heated by the dynomak.

The project estimates the concept overnight capital cost to be around $2.7 billion, about 15 times more economical than the projected costs of ITER. Furthermore, the design offers a 40%-efficiency (similar to the electrical output of a coal-fired plant), which once again, is a lot more efficient than the International Thermonuclear Experimental Reactor– about five times more to be exact.

So who knows… An idealized era where harnessing the Sun’s power simply involves copying what it’s been doing for the past 4.6 billions of years may just be around the corner.

Dr. Kat Mizouni is a Ph.D. physicist and freelance writer working on her first novel. She has a passion for international travel, astrophysics, horseback riding, Star Wars and heels, not necessarily in that order. She blogs routinely at http://www.katmizouni.com/blog/.